ONE brings organic sound and super-low-latency sample playback to the modular world. It differs from other sample players in that it handles the digital audio bits as a continuously manipulated electrical flow, a feature inspired by our analog know-how. This unique core makes ONE truly integral to the Tiptop percussive modular ecosystem thanks to a lightweight and responsive digital circuit with a very analog feel.

ONE brings a world of colors to the modular right out of the package. We have invited some of the best sound designers in the industry to create professional sound libraries with content tailored to the unique sonic framework of the modular synthesizer and that fully take advantage of ONE’s unique qualities. To start with, ONE comes with a SD card loaded with a free set of 60 sounds designed by Glitchmachines. More cards are available to purchase separately, each containing carefully selected material with up to 256 sound files. Using your own sample libraries or recordings is easy too, just copy 16 or 24bit mono WAV files onto the SD card, pop the card into ONE and go.

ONE offers several modes of operation, with the primary being the super-low-latency Trigger mode that retrieves audio data without adding any artificial processing such as click removal, cross- fading, EQ, or gain normalization. In this mode, it’s a highly-transparent player capable of 24-bit 96kHz playback with no interpolation of the audio data: what you put in is what you get out. With a delay as low as 0.25ms from the moment the trigger hits, ONE offers harmonically dense, clear, and detailed audio with a great rhythmic feel.

ONE handles external CV through a user-selectable multi-function jack. Pitch is the main control with two modes available: Free Pitch allows for fine tuning of the playback rate, great for adding subtle vibrato or wild tape speed effects; Quantized Pitch maps CV to the standard 12-tone system over 3.5 octaves and is ideal for melodic content. CV can also be used to sequence through files off the SD card allowing far more varied sounds from a single source, almost like an entire percussion section behind the slim panel.

Although originally designed to play tightly with our analog drums and envelopes, ONE’s rich sound quality encouraged us to make it work in a variety of other applications that are less demanding of sub millisecond timing response. The extra headroom at the core of the ONE makes features such as Gated Playback, Looping, and Triggering with fades in and out possible, accommodating different types of sound sources from drum loops to polysynth chords to noise sources and other yet- imagined uses.

ONE offers another useful dimension since it can play CV signals too. Drop in a card with LFO signals, random CV, slopes and envelopes for a whole set of new control and modulation possibilities.

ONE is as simple to use as it is affordable and plays extremely well with it’s analog cousins – our vision for bringing samples into the modular world. 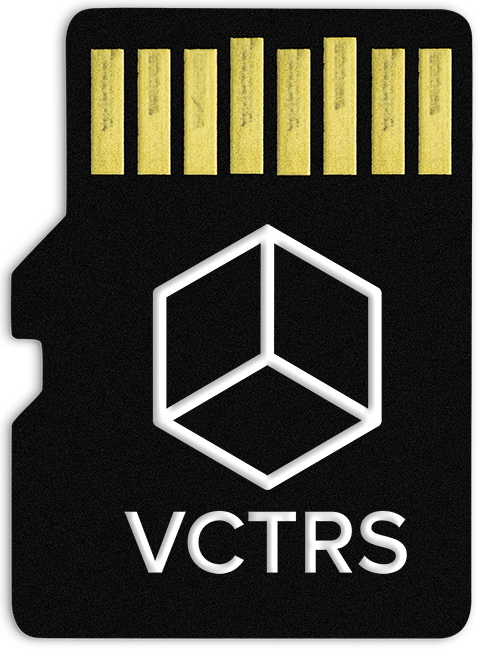 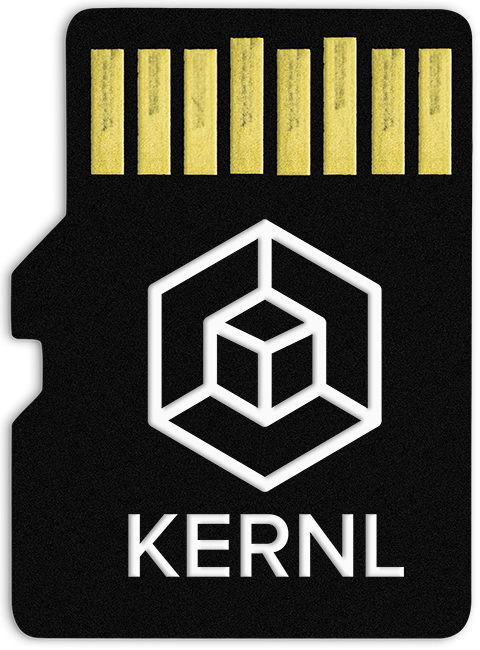 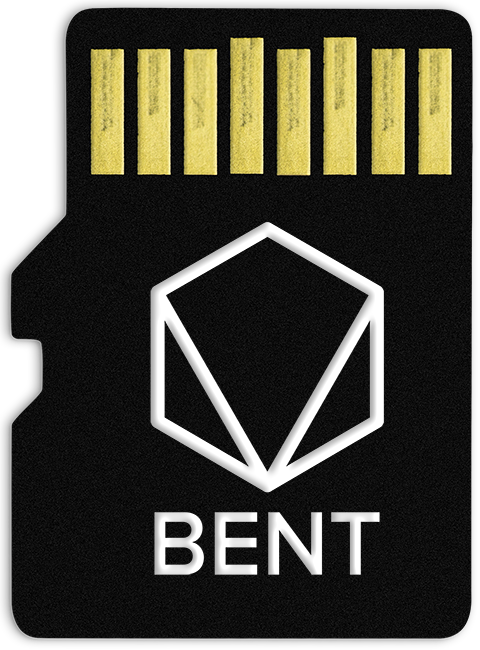 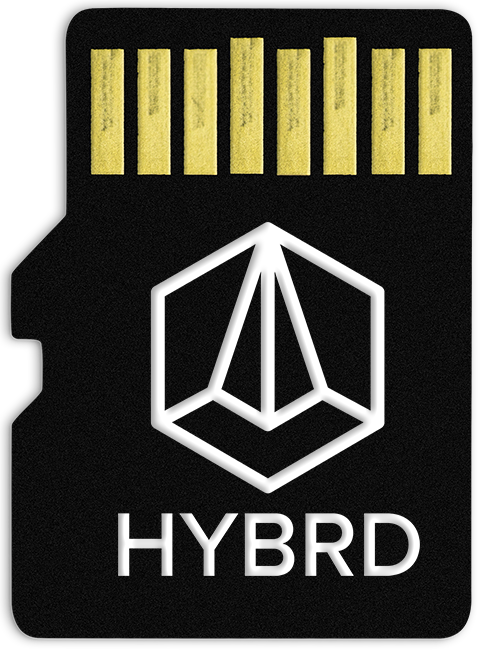 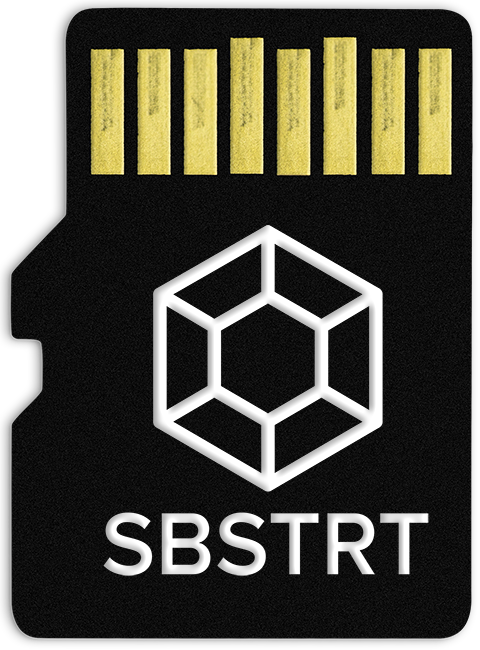 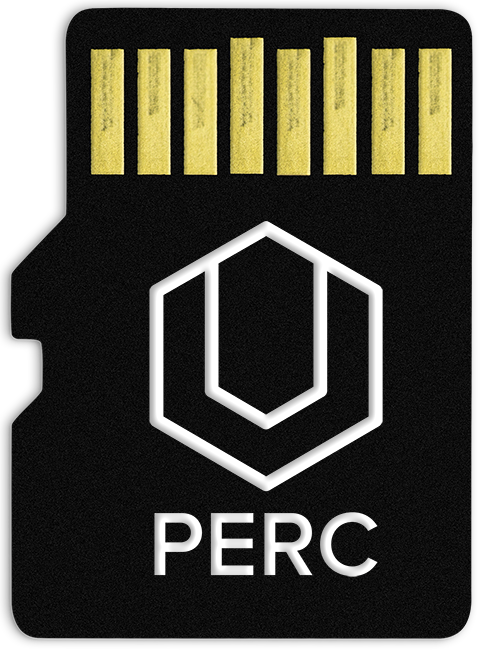 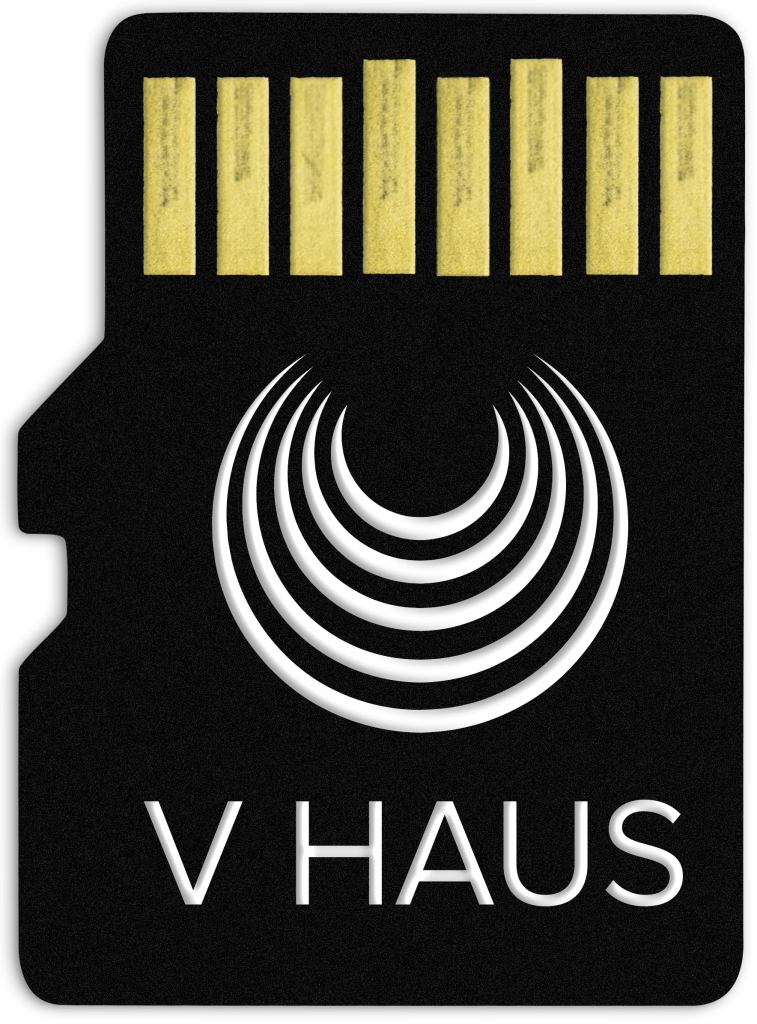 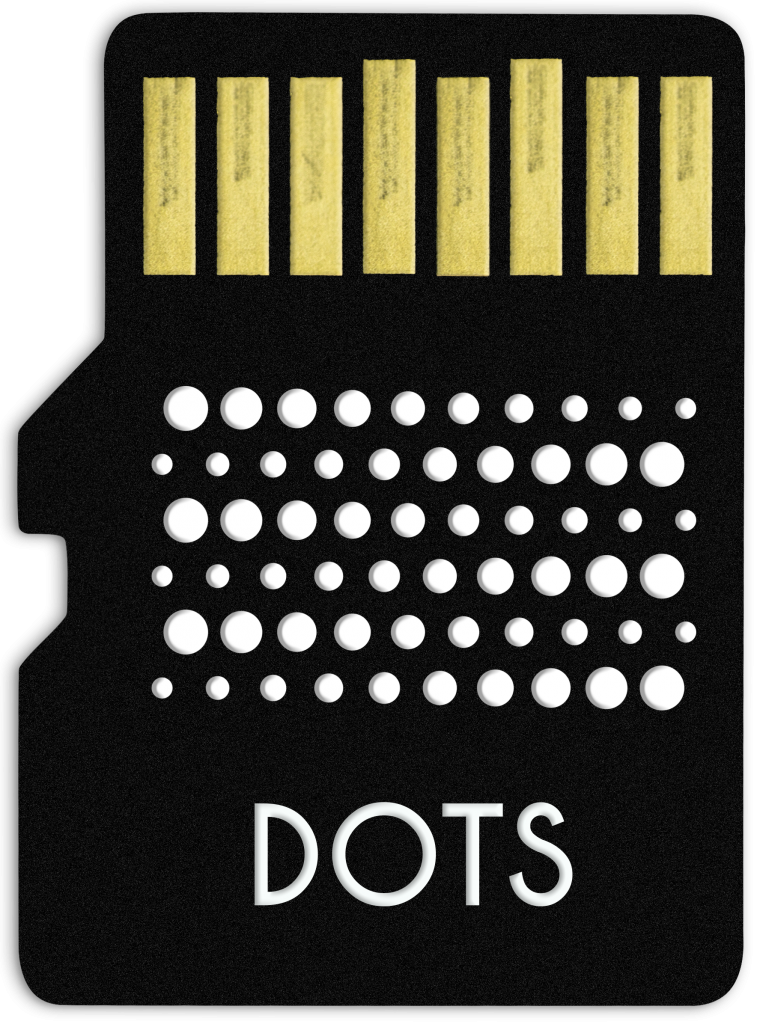 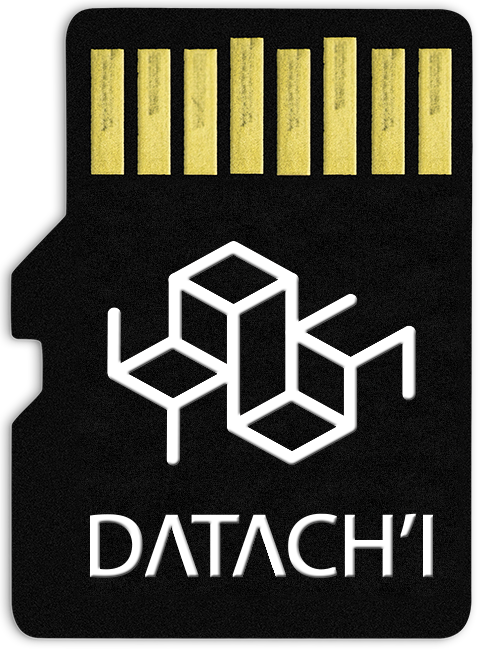 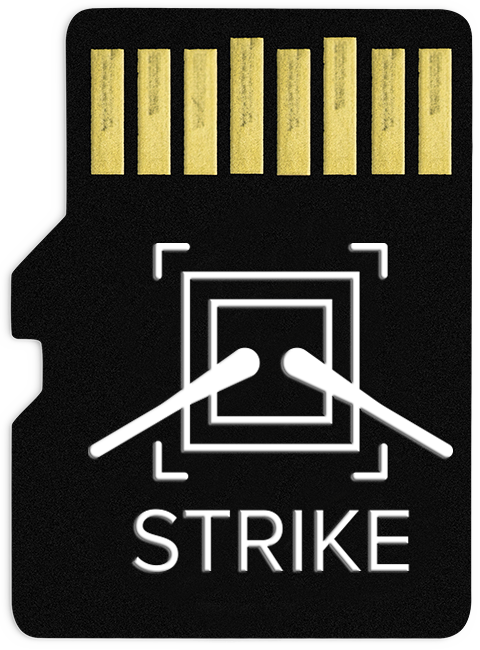 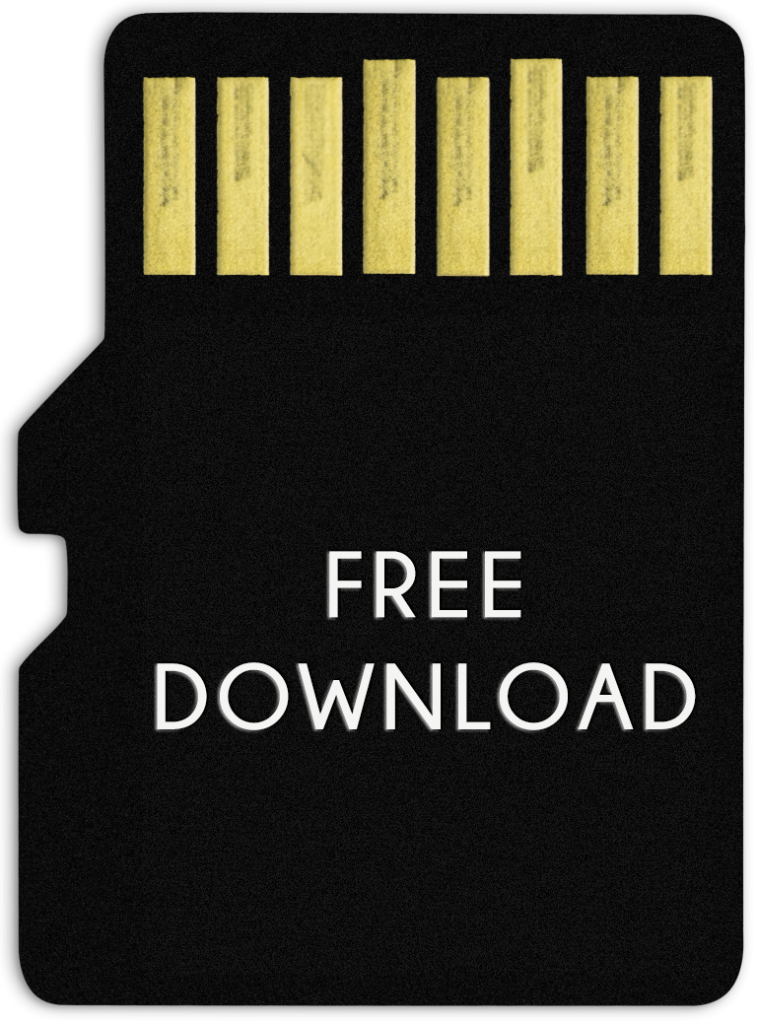 ONE includes a card called VCTRS featuring 60 carefully chosen sounds from the 5 sound banks developed by Glitchmachines. We have included some of the most compelling material from each bank in order to showcase ONE’s strengths and demonstrate the broad range of sounds available on the PERC, SBSTRT, KERNL, HYBRD, and BENT cards which are available separately from Eurorack retailers.

VCTRS and the other Glitchmachines cards include the entire sound set sampled at 48kHz, 64 kHz, and 96kHz. The 48kHz rate allows for easy pitching up of one octave, 64kHz offers some upward pitch while maintaining much of the 96kHz fidelity and full 96kHz source offers the purity of the source as well as the lowest latency possible for great performance.

Forthcoming cards from a wide array of sound designers, artists, and producers will expand the range to include poly and mono synth tones, field recordings and even CV source material.

BENT features 256 sounds harvested from a variety of customized circuit bent instruments. We recorded an exhaustive collection of bent vintage educational toys and toy keyboards that were all hand-built by sound designer Ivo Ivanov over the course of five years. The lo-fi character of this sample pack is perfectly at home in the modular synth domain and compliments its already vastly diverse sonic landscape by injecting it with a highly nuanced and rare set of sounds that can be integrated as percussive effects along with existing modules.

HYBRD features 256 Foley and field recordings that have been treated with numerous binary manipulation techniques. We have carefully used just the right amount of processing on a diverse collection of freshly recorded natural sounds in order to give the material a unique and stylized electronic aesthetic. These sounds have familiar undertones, but are presented in creative ways that suggest they belong to a sonic universe of unknown origins right inside the modular.

SBSTRT features 256 recordings of raw, natural earth sounds, all of which were created by manipulating numerous materials such as metal, stone, ice, earth, plastic, wood, vegetables, fruit, and liquid to name just a few. Everyday sounds you may hear in a construction site, warehouse, traffic, crowd, factory, subway, garden, park, office or forest have been identified, performed and captured for integrating into the modular synth. These raw and unprocessed sounds were carefully edited to highlight their percussive qualities, making them an ideal counterpart to the electronic modular sound palette.

V Haus features 256 Deep House chords formed, structured, and shaped from a variety of classic and modern-day synths by Voltage Disciple’s chief sound designer Richard Somerville. The chord structures have been especially chosen to provide the configurations often used in Deep House and provide a starting point or stepping off point for complex chords in the modular environment. Some samples have subtle delays and reverbs which add characteristics often found in Deep House whilst others remain dry to allow the user further experimentation with modular delays, reverbs, and effects. With ONE’s tape-like pitch control these chords turn into beautiful pads and bass material inside the modular.

DOTS features 256 short, one-shot sounds created specifically for ONE to further extend ZV_K’s live Tiptop drum setup. These sounds were selected for their percussive transient response, but are also great as monophonic sound sources to use alongside analog synth when sequenced. DOTS are samples of the signature sounds of Buchla, Cwejman, Mutable Instruments, Jomox, Mungo, Industrial Music Electronics (aka The Harvestman), HexInverter, Make Noise, Elektron, Vermona, Audio Damage, Bastl, Epoch, and Delptronics, as well as some human voice artifacts and even a prepared piano. Each sound was carefully selected from hours of recordings, edited but not altered to retain the original sound’s qualities and dynamics and was extensively tested using the module to make sure all the sounds sound good at any setting. DOTS are very easy to fit into a mix, run through effects, and are very well suited to be used and abused by a modular system.

Tiptop Audio and Joseph Fraioli come together in the form of the new the Datach’i One card. The card, to be used exclusively in the Tiptop ONE Sample Player, contains 187 unique sounds ranging from organic recorded elements and electronic percussion to dramatic gestures, ambiences and melodic sequences. Created with Field Recordings, the Eurorack modular synthesizer, Symbolic Sound Kyma system and boutique electro acoustic instruments, all sounds were recorded at 24 bit / 96k quality.

Joseph Fraioli is the Sound Designer/Owner of Jafbox Sound and makes electronic music under the alias Datach’i. His inspiration behind the Datach’i card stems from building upon built material, a resampling technique he often uses in his sound design work. “Having access to sounds as singular samples allows you to continue to build off of them,” Fraioli says. “From there, you can discover a deeper layer of textures the same material.”
As Datach’i, Fraioli has released 6 full length albums between 1999 and 2006 on labels including Planet Mu and Sunlight. In 2016, after a decade’s absence, he returned to his Datach’i alias for a brand new album, “System,” which features 16 tracks of beautiful yet unsettling electronic music created and performed exclusively on a Eurorack modular synthesizer.

In Fraioli’s sound design work for advertising and film, he strives to create a unique and immersive world that pushes boundaries and surprises listeners through use of custom innovative sound design. Fraioli’s work has been featured in many commercials for brands such as Google, Nike, IBM, Playstation, Budweiser and Delta. His sound design work can also be heard in the feature film “Kin,” slated for release in August 2018. Additionally, he has produced sound design installations for clients like Kanye West, Lady Gaga and Sonos.

256 acoustic drum and percussion sounds compiled for the STRIKE micro SD card for ONE Sample Player by Tiptop Audio. STRIKE is the ideal sonic companion for analog oscillators and the sounds found in Eurorack. All sounds were painstakingly recorded using an assortment of vintage microphones, tracked through an SSL 4000 G series mixing desk then printed to 1/4“ analog tape on a well-serviced Studer A80 machine. Thanks to this detailed process, the delicate texture of each of the sounds has been retained, inviting straight-forward use or experimentations within the Modular realm.

IED for Tiptop Audio: Video Mapping on a PopUp book

Music by Tiptop Audio
In this patch, two ONE modules were used. They were set up like a VCO before a filter in a synth patch playing chords recorded from a vintage Roland MKS80. The signal flow was ONE -> Z2040 -> Z-DSP -> OUT. ONE’s audio out goes into the Z2040 LPF to give this lush character to the sound, and the Z4000 Envelope is used to control the Z2040 cut off frequency for a snappy, rounded sound. A touch of Z-DSP running ROOM from the Halls of Valhalla card added weight to the sound with an exponential decaying tail.